“Down syndrome has to disappear from society,” according to Hans Galjaard, about the new genetic blood-screen NIPT. In his “opinion” he does not take into account the fact that people with Down syndrome judge life better than you and I. Now, the UK government proposed the accurate NIPT be implemented to the NHS screening program.

Professor Galjaard is an influential geneticist and former Unesco member who, on behalf of the United Nations has advised countries all over the world on prenatal screening. Ideas like his have shaped national prenatal screening programs worldwide.

Most Western countries have national prenatal screening programs that single out Down syndrome as a “free choice” for parents. These national screening programs are not aimed at detecting gender, or genes for sexual preference or transgender. That would (rightfully) send the wrong message to society that they would not be equally valued.

Children with Down syndrome need more attention, on average. And that costs money, and effort. And health-care is expensive enough as it is. It puts extra pressure on families and society parents are reminded. Meanwhile nobody discusses what it means to a woman when she aborts her pregnancy mid-term and delivers a dead baby. Nobody mentions the mental and emotional struggle she faces in knowing she played a role in her unborn childs death. The emptiness she feels and cannot explain to her husband. The gap that often starts growing in her relationship or her mother instinct that is absent in a subsequent pregnancy. The hurt she feels every time a happy and healthy child with Down syndrome passes her by.

Magazines hail the new test as the holy grail to women’s reproductive freedom. And women ask each other: Did you get tested? And the women who don’t are asked: did you know it in advance? A question that is so much more than plain interest. Your child is “your choice.” Why does society have to put extra effort and money into your choice? And so, under the pretense of “free choice,” over 90% of women do what society expects of them. The freedom to choose has become the duty to abort.

My son has two sisters with Down syndrome. He helps them with their schoolbag, they let him know they appreciate him by cuddling him to bits. A better person for it. In our family everyone is involved in all activities, even if that means we have to put in extra effort, wait a little longer or change our routine all together. Everyone is equal and everyone knows they are allowed to be who they are. Isn’t that the only choice we have as humans?

About the author: Renate Lindeman is a Mother of two children with Down syndrome, writer, disability activist, a representative for Saving Down syndrome and spokesperson for Downpride. Renate is the former president of the NS Down syndrome society.

Hans Galjaard may be an unknown name to most but he is widely known in the screening world. He was, and still is, a very influential geneticist who helped shape policies worldwide. He is mentioned in this PowerPoint presentation that is also very interesting. Already in the eighties they were working up to this moment: when genetic screening would become part of screening programs. They set the goal, made the agenda and identified obstacles and resistance from society. Of particular interest are slides 15, 24, 28 and 25. In the last one it is mentioned that “optimizing reproductive behaviour” will help reduce ”societal cost and burden.”

Mike Sullivan: A father's plea on behalf of his disabled child 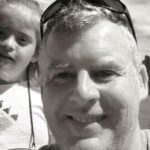 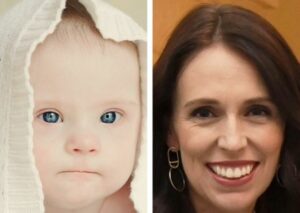 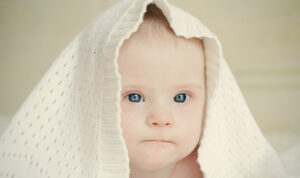 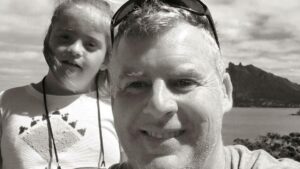